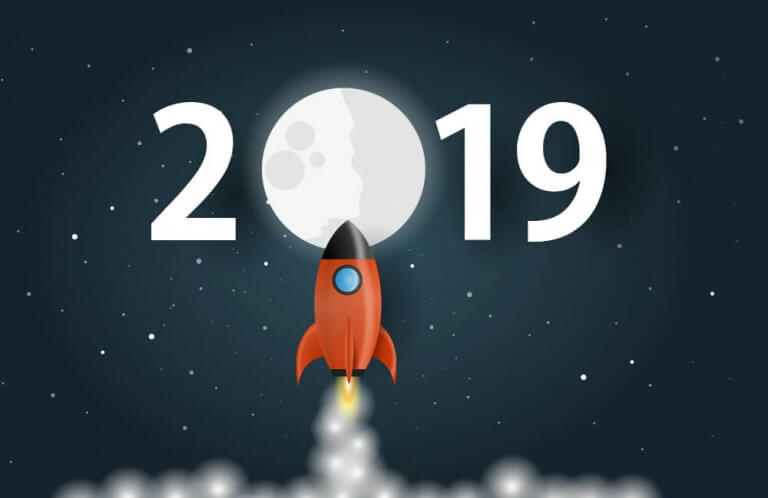 It is the right time to quickly take out your calendars and mark in them the important dates that mean something to everyone in the astrology world. Start keeping track of the top astrological events for 2019 and make this your new year’s resolution.

Every year, when the New Year arrives, it is an exciting and thrilling activity to read about the astrological events that are going to happen in the coming days or months. It is exciting to find out your concerned events with the relevance to your zodiac sign. To know about what is up in the skies for the astrological events for 2019, hang on and continue reading to find out!

The moon appeared and was located on the opposite side of the Earth. The event had the face of the Sun and the moon to be completely illuminated. The phase occurred at 05:16 UTC. This sight of the moon was known as the Full Wolf Moon because during this time of the year, hungry wolf packs were heard howling outside their camps. The moon came its closest towards the Earth and looked a little brighter and larger than usual.

On this special date, the moon will show up on the opposite side of the Earth, and the face of the Sun as well as the moon will be fully illuminated. The phase will take place at 15:53 UTC. The moon on this date will be closest to the Earth and will appear to be larger and brighter than on ordinary days.

The March Equinox is known to take place at 21:58 UTC. On this day, the Sun will be shining directly on the equator. Also, there will be almost equal stretches of day and night around the whole world. Being the first day of spring (vernal equinox) in the regions of Northern Hemisphere and the first day of fall in the Southern Hemisphere; the day is of great importance in the list of astrological events in 2019.

The moon will once again be spotted on the opposite side of the Earth. The Sun and the moon will be showing maximum illumination. The phase is expected to occur at 01:43 UTC. The Moon will be once again at its closest to the Earth and what’s even more special is that it will appear to be larger and brighter.

The moon will be showing up to be on the opposite side of the Earth once again. The face of the Sun and the Moon will be lightened up fully. The phase will occur at 21:11 UTC.  This Blue Moon was known as the Full Flower Moon because it used to appear in times when the bloom of spring flowers used to occur in abundance.

The famous June Solstice will occur at around 15:54 UTC. On this very day, the North Pole of the earth will be shifted and tilted toward the Sun. The Sun will have reached the northernmost position in the sky and will appear to be directly over the Tropic of Cancer at 23.44 degrees in north latitude. The June Solstice will be the first day of summer in the Northern hemisphere and the first day of winter in the Southern hemisphere.

On this day, the Moon will appear on the same side of the Earth, and the Sun will not be visible in the night sky. The phase will happen at 19:16 UTC. This time will be the best time in the month for observing faint objects. For example, galaxies and star clusters because of the absence of any moonlight. The New Moon sight on this date is one of the key astrological events in 2019.

This form of total solar eclipse happens when the moon completely blocks the Sun. This, in turn, reveals the beautiful outer atmosphere of the Sun, known as the Corona. The path of totality will only be seen in some parts of central Chile, the southern Pacific Ocean, and central Argentina. The total Solar eclipse on July 2 is one of the main astrological events in 2019.

This event in 2019 occurs at 07:50 UTC. On this day the Sun will shine straightly and directly on the equator, and there will be approximately the same amounts of day and night all over the world. Being the first day of fall in the Northern Hemisphere and the first day of spring in the Southern Hemisphere, the day is a special one in the list of astrological events in 2019.

November 11 – the rare transit of Mercury across the Sun

On this day, the planet Mercury will move straightly between the Sun and the Earth. The above is an extremely rare event, which tends to occur once every few years. The next transit of Mercury will not occur until the arrival of 2039. The sight will be seen in all South America, parts of North America, Central America, Africa, Europe, and the Middle East.

November 24 – the conjunction of Jupiter and Venus

Looking for the top astrological events in 2019? A concurrence between Venus and Jupiter will be apparent on November 24th. Both bright planets will be seen to be within 1.4 degrees of each other during the evening in the sky. Just after sunset, look for this fascinating sight in the western sky.

This form of solar eclipse happens with the Moon becomes too far away from the Earth to hide and cover the Sun. This is why a ring of light forms around the darkened moon. During this phase, the Sun’s corona is not seen. An incomplete eclipse will be seen in most of Asia and northern Australia.

Main Differences Between the Major and Minor Arcana Cards