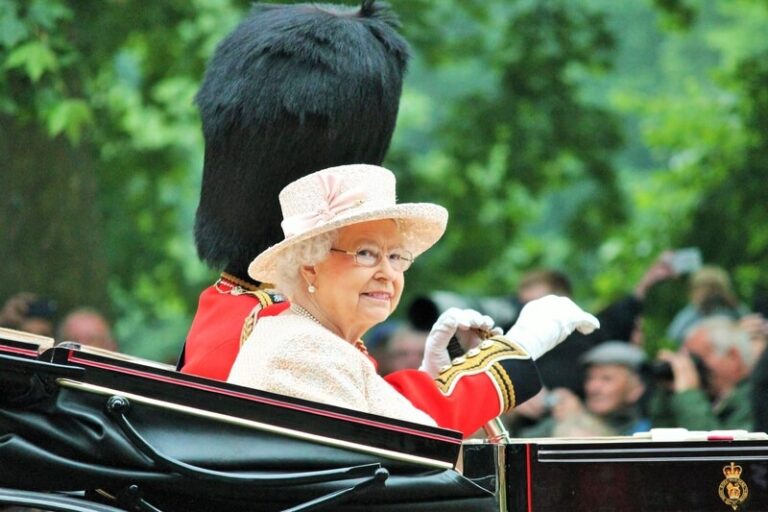 Queen Elizabeth II has died peacefully at a good old age of 96 on Thursday 8 September 2022.

Lady Colin Campbell tells us that the Queen died at 14:37 PM on Thursday 8 September.

Our Queen has departed, taken away in Virgo season under the watch of the stars of The Virgin, under the planets of Neptune and Jupiter.

The Queen was a Taurus subject born 21 April 1926 making her a first decan Taurus ruled by Venus and Mercury.

The first decan Taurus is known for being stable, hardworking, loyal, peaceable, occasionally  opinionated, exceedingly determined and forceful when opposed, sensual, artistic, a good communicator –they are well known for their pleasant speaking voice- close to nature, animal loving.

Now, in death, Queen Elizabeth becomes a chapter between two other chapters, linking her father George v1 and her son Charles 111, in a story 1000 years long, forging the dramatic, complex and sometimes violent history of kingship in the British Isles, its four nations forged through many and sometimes bloody invasions until the Parliaments of England and Scotland were joined in the first Act of Union in 1707.

George never expected or wanted to be king. Elizabeth did not ask or expect to be Queen, or to become Queen so soon and so young.

And Charles? Now his life will change, and this is a big change that is happening late in life, assuming that added weight of kingship.  The Monarch of the United Kingdom does not rule. He or she reigns by the will of parliament and the people.

Elizabeth as Queen of Scotland

Elizabeth was crowned Queen of the United Kingdom of England, Scotland, Wales and Northern Ireland. Much is made of the Queen’s German blood. But she died in Balmoral, in her beloved Scotland, and was descended on her mother’s side from the beautiful and tragic Lady Glamis, Janet Douglas Lyon who was judicially murdered, burned at the stake in Edinburgh Castle in 1537 on false charges of treason and witchcraft, brought by James v for reasons of personal hatred of her brother, the king’s former regent, Archibald Douglas.

I was watching the live television as the Queen’s body was being driven from Balmoral down to Edinburgh, to lie in state in Holyrood House before being taken down to London, to lie in state before her funeral 14 September when the Queen will be laid to rest in Westminster Abbey.

There was something immensely poignant at the sight of the coffin, draped in its red and golden-yellow flag, the Royal Standard, leaving the place of the Queen’s greatest peace and happiness.

We know Balmoral was a place of many happy memories for Queen Elizabeth. She said that being there reminded her of her childhood, playing in the garden at her mother’s home in Glamis, where the sun always seemed to shine.

This is the human experience encapsulated in the Six of Cups; nostalgia, old friends, family memories, looking back on a time of ease and innocence, those timeless moments when we were small and the world seemed full of marvellous mysteries. Well, it was.

The Harvest Moon in Pisces

The Harvest moon 9 September 2022 was in the zodiac sign of Pisces, the sign of visions, ghosts and dreams, in the Twelfth House of Unknown Destinies,

We are experiencing a Twelfth House event. This is something more than the death of an old lady, however grand, at a good age. It is also the death of something in her people; the loss of a living link to the past and Britain as it was after World War 11.

As an omen for the Accession of Charles 111, it is a benign, potentially visionary Full Moon. His vision may outstrip his means or freedom to execute. But at least he had vision.

This card describes a life that has every appearance of luxury. But it has come at a great hidden personal cost. There has been untold personal sacrifice behind the scenes. Personal wishes denied.

What was sacrificed by the Queen was the normal personal freedom to say what we really think, do what we want and go where we want.  This sacrifice of normal freedom is symbolized in the Tarot by the hooded falcon sitting on the lady’s wrist, symbolizing instincts that must be controlled, and personal gratification deferred or denied.

For the Queen, the Scottish castle of Balmoral represented beauty and a respite from public duty. Balmoral was escape- freedom.

Many of us had been inwardly preparing for this news, while hoping that the Queen would get to celebrate her Platinum Jubilee and its celebration of the Queen’s unique legacy- the Commonwealth.

It is never OK for a psychic reader to issue predictions of death. It is unethical and once upon a time, and for reasons of state security, it was an act of treason, punishable by death, to issue a prediction concerning the death of a monarch.

However I had been expecting we would lose the Queen this year, 2022. This feeling was partly on observation, and many others will have felt the same. The Queen was becoming visibly frailer and we were seeing her less often in public life.

But my own feeling was also based on a Tarot reading I had done in mid-December 2021 in an article published here at AskAstrology.com  in early January 2022.

This Tarot reading, December 2021, had indicated to me that we would lose the Queen between July 2022 and the end of the year.

How did I arrive at that forecast?

It was based on the appearance of the Three of Swords drawn against the position I had allocated to the month of July/zodiac sign/House of Leo. The Three of Swords is severance. Leo is the sign of Royalty.  It also corresponds with high summer-late summer.  The Queen has died at the beginning of autumn,  so the Leo timing was not technically correct, though it was still pretty close in respect of the actual timing.

These were the cards. 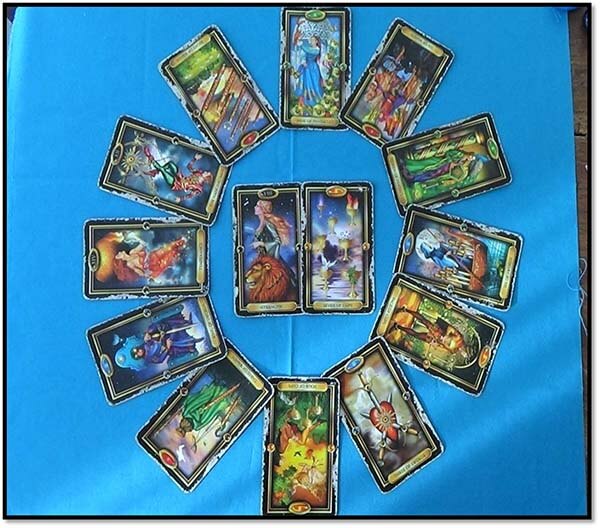 I was working with The Gilded Tarot deck. As you see from the picture, this deck is been much used, but I had felt drawn to use it on this occasion.

Extract from the article published January 2022:

“This is always a challenging card, but is one of those cards that are actually better news, being drawn reversed or upside down. The Three of Swords is about grief, loss, bereavement, arguments, Drawn in the Fifth House, it suggests that tensions between certain countries may ease. On a personal level, we are coming to terms with a family loss, or quarrels may be settling down.

Loss, sadness or disappointment. No-one escapes these experiences. How we deal with them determines whether we learn something new, and grow bigger and stronger, or whether take things personally, and see ourselves as victims and dwell on our grievances, thereby adding to the damage.

Leo is the zodiac House of royalty. There could be national mourning in 2022 for a much loved figurehead.”

God bless the Queen, may she RIP.

God save the King, Charles III.