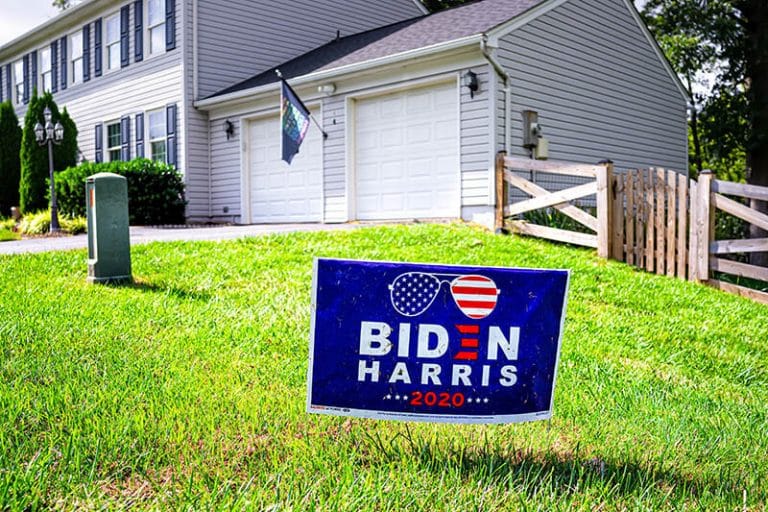 The US election is today, so while we wait for the news, I wanted to take a look at the synastry between Kamala Harris (of California) and Democratic presidential nominee, Joe Biden (of Pennsylvania). Predictably the PCP-induced, psychotic break that is American politics has labeled her everything from Antifa-abortionist to pro-police crypto-fascist. Alas. In the midst of this ballyhoo, we got curious about the question that no one is asking really: What is the astrological synastry between old Joe Biden and Kamala Harris? Are they good for each other, let alone America? In astrology, synastry is the study of compatibility between two charts. According to this theory, you can understand the potential ups and downs of couples, business partnerships, siblings, etc., through the way each individual’s planets and houses interact with their partner’s, wife’s, or Vice Presidential nominee’s.

How compatible are Biden and Harris according to Astrology?

Biden is a Scorpio and Kamala is Libra, which makes sense since her whole life has been connected to Justice, be it Attorney General, legislator, lawyer, etc. Even though Kamala’s justice-inflected Libra-dom is fitting for her life narrative, when it comes to synastry lunar placements in relation to a given partner are more important. Biden’s moon is feminine fixed earth energy in Taurus, while Harris has fiery Aries masculine moon.

Meaning what?  On one level, they are on some good yin/yang. Where Aries Moon can be volatile and expressive, Taurus is calm, steady, and unwavering. Taurus is usually understanding but unperturbed by Aries’s occasional outbursts of indignation, impatience, frustration, etc. Taurus’s even temper and calmness have a soothing, healing effect on Aries, so their moons can actually work well together and she can maybe bring out a bit more fire in the belly approach to his more usual calm demeanor.

So far so good. But let’s go deeper, where things get less ebony and ivory. Remember back in the pre-Covid Democratic debates when Kamala turned Joe Biden’s voting history into a toddler that she spanked on national television? Kamala has got a very outspoken Mars-opposition- Saturn that squares Biden’s Scorpio Sun, Mercury, and Venus. A square suggests difficulty in astrology. Because Kamala’s Mars squares Joe’s Sun (SELF), expect some unsmooth sailing. If this were a sexual relation, they’d be fighting and fucking after hours and on their lunch breaks.

A final note: Her Venus in Virgo conjuncts his midheaven (that is, his Public Point). This is a lovely aspect denoting good PR together. As Venus rules love and money, they will muster up more enthusiasm and love from the public and potentially campaign funding–both of which we are seeing already.

The two don’t have next level synastry, but it’s way better than the loveless, sexless, joyless, nightmarish relationship we have at the moment between ½ of America and the other.