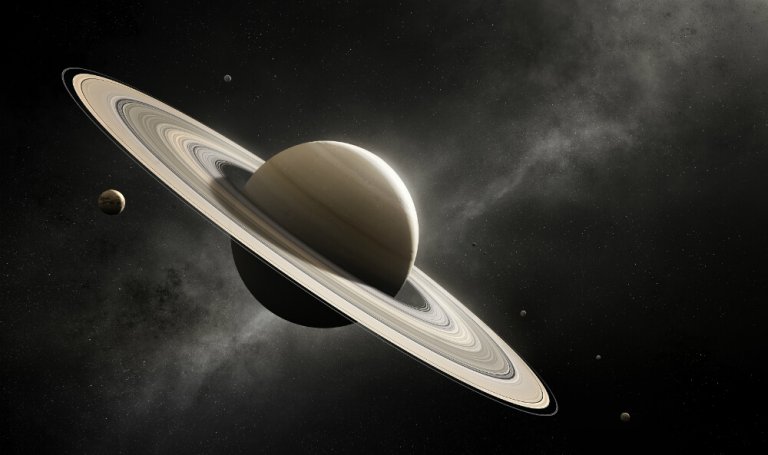 Retrograde motion is an interesting phenomenon in astrology practice. The term describes an optical effect that occurs when one body is moving faster than another body and from the perspective of the faster body, it appears as if the other body is “moving backward.” This periodic “change in perspective” means something interesting and useful in astrological practice. This article and others will explore the retrograde effect for specific points when they change from direct motion to retrograde motion in any given month.

In this month, three bodies will go retrograde: Jupiter on 4/11, Pluto on 4/25, and Saturn on 4/30. This article will focus on Saturn. Astrological activity does not occur in isolation, but it is often how we discuss it to put the pieces together into a larger framework. Saturn in Capricorn is about making and following the rules and giving structure to life, either by building walls or building bridges. It is an energy of “definition” in a sign dealing with our public institutions, primarily business and commerce, as well as governments, and their responsibilities. While direct it will do it’s best to stabilize, protect, and secure processes and rules to support the status quo of the power structure. During the retrograde phase limits and even problems may become very apparent requiring investment in repairs or significant corrections.

Structuring and containing are forms of energy trying to stabilize and make the world orderly; they are neither positive or negative until passing through human consciousness. Extremes in system responsibility, business limits, and real-life restrictions will play out simultaneously during this transit depending on the conscious and unconscious choices of humans. On 4/30 when Saturn retrogrades, the “Saturn speed limit” will change in an attempt to get humanity to slow down and reflect, to take time to process what is and is not working in terms of “the rules”.

Global examples appear in the form of trade issues, with challenges to the old processes and the formation of new rules, whether it be immigration laws in the US, Brexit in the UK, the “trade war” between China and the US, or new travel requirements for US citizens in Europe. Bitcoin has arrived on the scene; will it have not only staying power but develop into a day-to-day currency at your local markets. It is possible there may be a new global currency by the end of this transit, which nations would that “restructuring” redefine, and how?

The switch from direct to retrograde motion will take place between the 20th and 21st degree of Capricorn, making it Cap 21 in the Sabian Symbols, which is, “A relay race.” The keyword is Fitness. When positive, the degree is an exceptional skill in bringing the elements of any given situation to a functional whole [we can fix it!], and when negative, complete inadequacy of self-resource [the wrong people stay in charge!] (Jones, 265). We will continue to see issues of responsibility and accountability writ large in the public sphere of nations, cities, and businesses. The retrograde energy will demand a review of these energies and how they are being processed on the public and personal scale. Find what is broken and fix it!

On your personal level any points in your chart that sit at or near the 20th degree of Capricorn, Aries, Cancer, and Libra will certainly feel this shift from direct to retrograde in a profound way. The house Capricorn rules in your chart will also be feeling the impact of Saturn from the end of 2017 until the end of 2019, so the retrograde will require you to reflect and re-assess what responsibilities and goals guide this area of your life and how you need to redefine and secure them.

As an example, I was born with my Moon at 21 degrees of Libra in my 12th House of Spirituality, placing Capricorn as the ruler of my 3rd House of Communication. Saturn moving through my 3rd House has been a time of making sure I am managing my finances properly and communicating my goals effectively. Now Saturn is challenging my Soul Path energy (Moon) for me to make sure I am upholding the proper boundaries with people in my life, especially the people I serve spiritually through my business. I will be “reminded” that my purpose (Moon) is to connect with people (Libra) spiritually (12th House). This will be a good time for me to review my price structure (Capricorn), how I advertise (3rd House), and how I take payments (Saturn).

The retrograde period is actually longer than the time a point switches from direct to retrograde and retrograde back to direct. There is the “shadow period” that is the time from the return to direct motion until the point reaches the same degree it first went retrograde. In the case of Saturn, it is going retrograde on 4/30 at 20 degrees and 31 minutes (20d31m) of Capricorn. It will go back direct on 9/19 at 13d54m degrees of Capricorn. It will not get back to 20d31m until 12/24. Between 9/19 and 12/24, this is the “shadow period” of Saturn’s retrograde journey. Saturn will be completely “out of the shadow” of the retrograde transit on 12/25/2019.

Effectively, the Saturn retrograde period will run from 4/30 to 12/25, so pretty much the rest of the year. One of the best ways to move through this energy is by stepping fully into your responsibilities and getting what needs to be done first and foremost before indulging the Jupiter in Sagittarius energy that is running concurrently with Saturn in Capricorn. In other words, eat your vegetables before you have dessert. If you need money to repair something and planned to use it for a trip and think the way to go is to put the repair or the trip on credit, do not! As Saturn is further out, it “encompasses” Jupiter, and since both are in their respective signs of strength, Saturn still “trumps” Jupiter. Give your responsibilities priority and it will make your Jupiter fun more fun and relaxing, even if you have to postpone some of your fun.

Exploring the Most Talkative Zodiac Signs