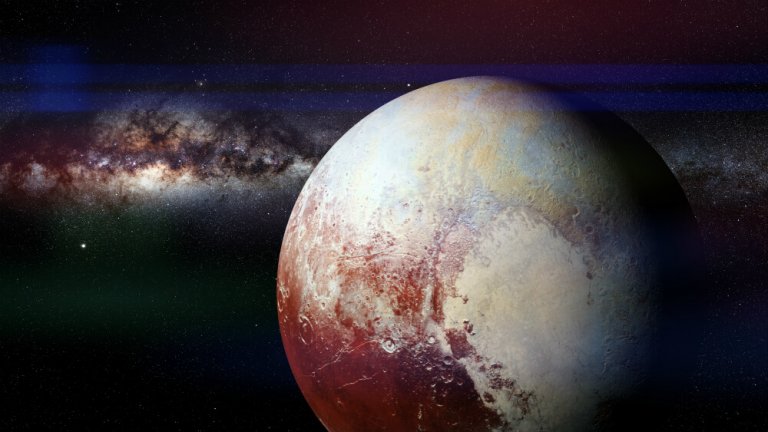 Retrograde motion is an interesting phenomenon in astrology practice.  The term describes an optical effect that occurs when one body is moving faster than another body and from the perspective of the faster body, it appears as if the other body is “moving backward.”  This periodic “change in perspective” means something interesting and useful in astrological practice.  This article and others will explore the retrograde effect for specific points when they change from direct motion to retrograde motion in any given month.

In this month, three bodies will go retrograde: Jupiter on 4/11, Pluto on 4/25, and Saturn on 4/30.  This article will focus on Pluto. Astrological activity does not occur in isolation, but it is often how we discuss it to put the pieces together into a larger framework.  Pluto in Capricorn is about transforming institutions in powerful and profound ways, either tearing them down or building them up.  It is an energy of upheaval in a sign dealing with our public institutions, primarily business and commerce, but also governments, and their responsibilities.  While direct it will do it’s best to achieve and produce results for change through the cycle of death and rebirth.

Death and rebirth are forms energy in transition, neither positive or negative until perceived by the one entity on the planet that has higher consciousness, humans.  Extremes in system failure, system redesign, and system creation will play out simultaneously during this transit depending on the conscious and unconscious choices of humans.  On 4/25 when Pluto retrogrades, the shift in direction will encourage humanity to slow down and reflect, to take time to process what is and is not working at system-wide levels.

Here in the United States, we have seen two very recent examples of this point doing its work in the extreme, the second crash of a Boeing 737 and the college admissions scandal.  The most recent crash was a 737 owned by Ethiopian Airlines and the one a few months prior was a 737 owned by Lion Air.  The second crash led all countries, including the US, to ground all of these aircraft and has prompted an investigation into Boeing and its relationship with the Federal Aviation Authority.  The college admissions scandal involved (at the time of writing this article) at least 50 wealthy and famous individuals who bribed or cheated the system to get their children into elite colleges.  In both cases, a large system is going to get a Plutonic overhaul!  We can expect the “way of doing” business to change profoundly during this transit.

The switch from direct to retrograde motion will take place between the 23rd and 24th degree of Capricorn, making it Cap 24 in the Sabian Symbols, which is, “An oriental rug dealer.” The keyword is Consignment. When positive, the degree is effective employment of facilities and goods of modern society [fix what is broken], and when negative, concern over trivialities [the blame game] (Jones, 265).  We will continue to see issues of responsibility and accountability writ large in the public sphere of nations, cities, and businesses until 2024.  The retrograde energy will demand a review of these energies and how they are being processed on the public and personal scale.

On your personal level, any points in your chart that sit at or near the 23rd degree of Capricorn, Aries, Cancer, and Libra will certainly feel this shift from direct to retrograde in a profound way.  The house Capricorn rules in your chart will also be feeling the impact of Pluto from 2008 until 2024, so the retrograde will require you to reflect and re-assess what responsibilities and goals guide this area of your life and how you need to slow down and process them.

As an example, I was born with my Sun at 23 degrees of Aries in my 6th House of Service, placing Capricorn as the ruler of my 3rd House of Communication.  Pluto moving through my 3rd House has been a time of rethinking and rebirthing my goals.  Near the end of 2007 (November), I quit my full-time job with the University of North Carolina at Chapel Hill to become a stay-at-home father (my work in a university career died).  In 2013 I “hung out my shingle” as a spiritual adviser (reborn into a new role).  I have been growing that work ever since.  Now Pluto is challenging my Life Path energy (Sun) for me to keep transforming and improving my business model.  Interestingly enough this opportunity to write for Ask Astrology emerged at this time and coincides with Uranus moving into a new sign last month (Taurus).

The retrograde period is actually longer than the time a point switches from direct to retrograde and retrograde back to direct.  There is the “shadow period” that is the time from the return to direct motion until the point reaches the same degree it first went retrograde.  In the case of Pluto, it is going retrograde on 4/25 at 23 degrees and 9 minutes (23d09m) of Capricorn.  It will go back direct on 10/4 at 20d38m of Capricorn.  It will not get back to 23d38m until 2/8/2020.  Between 10/4/2019 and 2/8/2020, this stretch of time is the “shadow period” of Pluto’s retrograde journey.  Pluto will be completely “out of the shadow” of the retrograde transit on 2/9/2020.

Effectively, the retrograde period for Pluto will run from 4/25/2018 to 2/9/2020.  We will continue to see breakdowns and upheavals in large systems worldwide, locally, and in our personal lives.  Pluto in Capricorn teaches that all human systems change and nothing is immune to its transformative power … nothing.  The previous period of upheaval was 247 years ago between 1762 and 1778.  Many of the “things” born during this period may face their “death” and “rebirth” during 2008 to 2024: The United States and business as we now know it (Industrial Revolution).