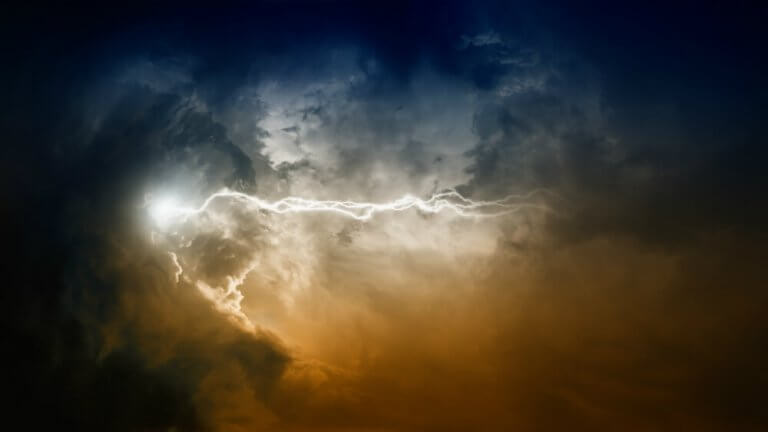 Nostradamus is a name you have likely heard before, but who was he? A man? A myth? A legend? Nostradamus was a French author who lived in the 1500s. His book, Les Propheties (which translates to English as ‘The Prophecies’) has often been referenced as a predictor of future events. But just how much truth is there to these stories and what does the book say will happen next?

So who was Nostradamus? Well, his full name was Michael de Nostredame which is typically Latinized to Michael Nostradamus. He was a physician who soon took on the mantle of being a reputable oracle: someone with great wisdom and insight, often of future events. In his later life, he became an astrologer to the wealthy and powerful, including Catherine de Medici.

In 1550, Nostradamus published his first book: a series of predictions about the coming year. Due to its immediate success, he began work on Les Propheties which was released in 1555, one year before his death. This book contained as many as 942 poetic quatrains, which is a type of poem consisting of only 4 lines. Amazingly, and rather unsurprisingly, this book has rarely been out of print since its first publication.

Have Any of His Predictions Come True?

If you haven’t heard of Nostradamus, let alone the Nostradamus predictions 2019, then you may be asking yourself whether any of his predictions came true. In this section, we’re going to briefly touch on just a few of these terrifying predictions that did come true.

“From the depths of the West of Europe,

A young child will be born of poor people,

He who by his tongue will seduce a great troop;

His fame will increase towards the realm of the East.”

If you hadn’t guessed already, this is a clear reference to Adolf Hitler: leader of the Nazi party, the perpetrator of WW2, and the man ultimately responsible for the murder of millions of innocent lives. Hitler was born in Austria, in Western Europe, to poor parents who struggled to look after him and his many siblings.

However, after fighting in WW1, Hitler used his charisma to work his way up the political ranks before seizing ultimate power within Germany. Hitler conquered most of Western Europe before turning his attention towards countries to the East, such as Russia.

“Near the gates and within two cities

There will be scourges the like of which was never seen,

Famine within plague, people put out by steel,

Crying to the great immortal God for relief.”

This particular quatrain is referencing the detonation of the atomic bombs in the Japanese cities of Nagasaki and Hiroshima in 1945. Destruction at this level had never been used during warfare before and so it’s easy to see what Nostradamus meant by “scourges the like of which was never seen”.

Before we take a look at the Nostradamus predictions 2019 and the predictions for 2018 (and whether the latter came true), we have to touch upon one final prediction that we already know has transpired: Donald Trump. The Nostradamus Trump connection is an interesting one and here is what it says:

He will be elected governor of the army:

The boldness of his contention,

The bridge broken, the city faint from fear.”

Some people don’t consider this passage to be referencing Trump but he is certainly considered shameless, bold, and audacious. Not to mention that the United States of America is the most powerful nation in the world so calling it “the army” would make sense. While Trump has built new bridges, there is no denying that he has broken many down using fear as a tool to do so.

So, what about the Nostradamus 2018 predictions? The problem with Les Propheties and the writings of Nostradamus is that no dates are mentioned. Knowing whether any given quatrain is referencing Nostradamus predictions 2019, 2018 or 3031, is a mystery. We have to interpret these passages and take what we can from the small bodies of text. One example of a prediction that many believes was for 2018 was:

“Twice put up and twice cast down,

the East will also weaken the West.

Its adversary after several battles,

chased by sea will fail at time of need.”

Some view this as being a reference to the rising tensions between Russia and the USA. Others consider it a nod to the increased tensions between Western cultures and Eastern cultures (particularly through matters of military invasion and religion). Both of these interpretations would be accurate given events that took place in 2018. As we’ll see for the Nostradamus predictions 2019, those of 2018 may only be the beginning: a warning of something larger and more dangerous.

Finally, we can take a look at the Nostradamus predictions 2019. There are a few passages that may relate to the year 2019. I’m sure many of you are wondering about WW3 predictions and so we will touch on that as well.

“The big war will start in France and all Europe will be attacked,

It will be long and terrifying for everyone,

And then finally there will be peace but only a few will enjoy it.

A war will start between the two great world powers and it will last for a period of 27 years.”

This can be interpreted in a few ways. For starters, many people do believe that this is a nod to World War 3. However, given the immigration problem that is currently going on within France, it’s possible that this “big war” will be a war of ideologies. The rise of right-wing political parties in Europe could lead to the formation of two great world powers: one representing the left wing and another representing the right wing.