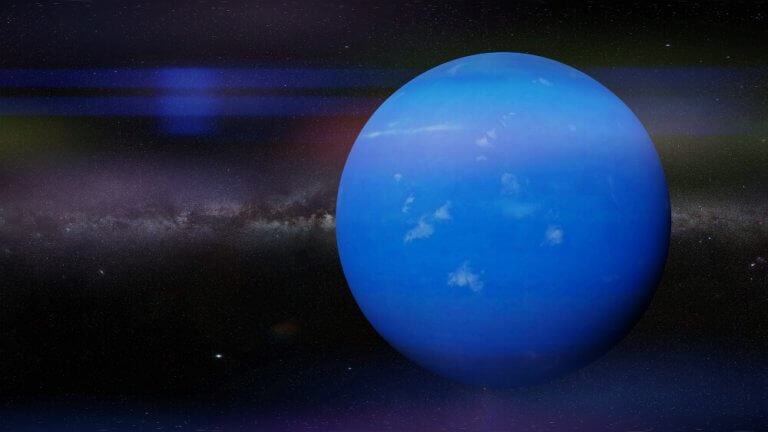 Retrograde motion is an interesting phenomenon in astrology practice.  The term describes an optical effect that occurs when one body is moving faster than another body; and from the perspective of the faster body, it appears as if the other body is “moving backward.”  This periodic “change in perspective” means something interesting and useful in astrological practice.  This article and others will explore the retrograde effect for specific points when they change from direct motion to retrograde motion in any given month. This month Neptune will go retrograde.

Neptune is currently in the sign of its rulership and has been there since 9:51 am Eastern Standard Time on April 25, 2011.  In essence, the entire planet is getting a spiritual awakening, and Neptune will not transit out of Pisces until February 2026.  Neptune works to dissolve and Pisces connects us with the shared consciousness of all the people on the planet.  We have the planet of dreams in the ocean of spirituality. All of humanity is experiencing the final journey of Pisces before it starts anew in Aries in 2026.  This 12-sign cycle began in February 1862!  The last time Neptune was in Pisces was 1847 to 1862.

Neptune is not the only slower point in the sign of its rulership.  Jupiter is in Sagittarius this year (from late last year until the end of this year) and Saturn is in Capricorn (from late 2017 until early 2020).  No wonder everything in the world is occurring at a fast and furious pace.  Now more than ever, beliefs are competing on the world stage (Jupiter), consequences are coming due/corruption being exposed (Saturn), and spirituality and science are finding more and more common ground (Neptune). We can either attain a higher vibration during this transit or get completely lost in illusions and addictions.

When Neptune goes retrograde, we are encouraged to go deeper within.  This planet is about what is “unseen”, the mystery in life and spiritual growth.  While retrograde we may experience greater confusion and must make a more concerted effort to navigate our spiritual work. Imagine that movement of Neptune in Pisces is like moving through a haze, where seeing at a distance is dreamy at best.  The retrograde phase is like entering a fog, and visibility is limited to what is immediately in front of you.  Spiritually speaking it can be like “groping” around or knowing that you must step tentatively.

Much of the energy of Neptune in Pisces is about faith and trusting through surrender, even waiting until the fog clears.  The retrograde phase will last from June 21 to November 27 and will share “retrograde time” with Jupiter, Saturn, Uranus, and Pluto at various times over this period. Neptune will go retrograde at 18 degrees and 43 minutes and make its way all the way back to 15 degrees 55 minutes.  Retrograde energy is designed to help us slow down and reflect, and what we most want to reflect on with Neptune is our purpose, our dreams, and our personal mystery.

On your personal level, any points in your chart that sit at or near the 16th to the 17th degree of Pisces, Gemini, Virgo, and Sagittarius will certainly feel this shift from direct to retrograde in a profound way.  The house Pisces rules in your chart will also be feeling the impact of Neptune from 2011 until 2026, so the retrograde will require you to reflect and re-assess what dreams and purposes guide this area of your life and how you need to trust in and have faith in those dreams and purposes.

As an example, I was born with my Neptune at 25 degrees 59 minutes of Scorpio in my 1st House of Identity, placing Pisces as the ruler of my 5th House of Creativity (also Love Affairs, Children, and Performance).  Neptune moving through my 5th House has been a time of “letting things happen”, like floating in the ocean and waiting to see where the current takes me.  Neptune has already passed over the Imum Coeli (the deepest part of my chart) in 2015, is currently moving over Hygeia (my health point) and headed towards Vesta (hearth and home) next year.  Any time Neptune is involved with health energy (Hygeia, Chiron, Venus, the 2nd, and 6th Houses), it is a good policy to pay careful attention to nutrition and exercise.

Effectively, the Neptune retrograde period will run from 6/21/2019 to 3/17/2019, so the rest of the year and the first part of next year.  One of the best ways to move through this energy is by allowing and trusting, surrendering to the spiritual visions and dreams that should be amplifying during this period (for all of us).  Taking up and practicing a form of meditation can be an excellent way to “get in touch with” this energy and develop an understanding of your personal mystery. Spending time near or on the water can also help connect with the energy of unification and oneness that Neptune in Pisces wants to help us feel.

If any point moving through the sign of Pisces is going to help us feel the connectedness of humanity, it will be this one.  Also, we can expect issues involving liquids to play a prominent role in our ecosystem, rising sea levels anyone?!  Consider that significant displacement of water into mainland regions will also “push people” together and make it harder to be “spread out”.  If the expanding water leads to contracting locations to live, we can expect to have to “deal with” one another more and more.