Skip to content
Home » Blog » Astrology » Moon in Virgo in the US Chart: I Want to Help! 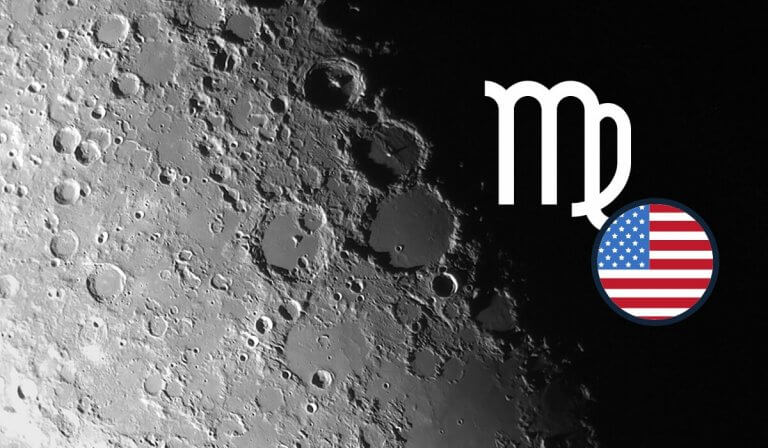 The Moon is part of the Primary Triad of a chart, along with the Sun and the Ascendant. These are considered the three strongest individual points. The Moon was in Virgo at the birth of the US nation, in the 10th House of Prosperity.

This article will look at the influence of the Moon on the design of the US and how it has manifested inside and outside the nation as part of US history and its current expression.

The Moon in Virgo in the United States Chart 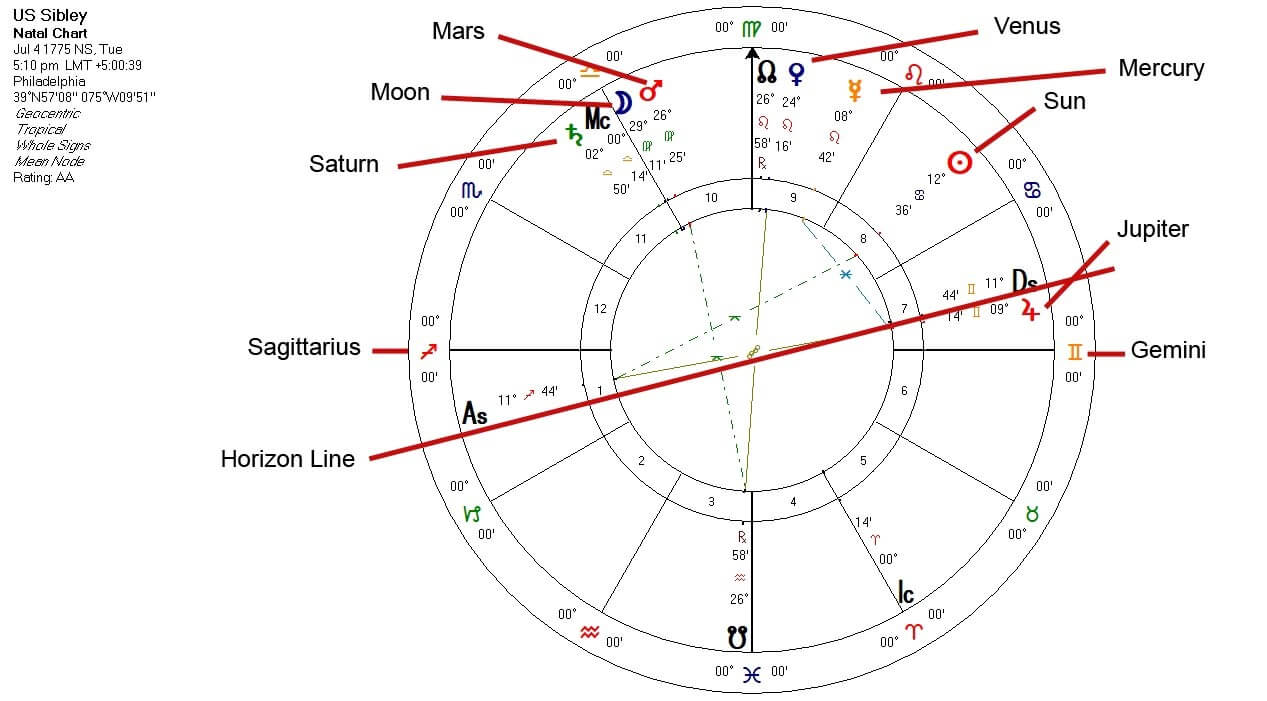 In their book Astrology: the Divine Science, Marcia Moore, and Mark Douglas created keynotes and symbols for each point in a sign, starting with the Sun and ending with Saturn.  The keynote for the Moon in Virgo is, “an instinct for order is methodically exercised” and the symbol is, “a woman tidies up her house” (87).

The placement in the 10th House is very interesting because this is the House that deals with how you prosper through service to others.  Much of American history related to business focuses on manufacturing, beginning with the creation of the assembly line by Henry Ford to make cars in 1913.

At the “heart” of America, there is a desire to provide service AND make a profit. American ingenuity (or Yankee ingenuity) and the “spirit of invention” are concepts deeply embedded in the American psyche and marketed to the wider world. The “soul of America” likes to solve problems and profit from those solutions.

Since the Moon is in Virgo, its first dispositor is Mercury, which happens to be in Leo.  So, the Moon’s “soul purpose” looks to Mercury as a guide for how to express itself and make a profit from its effort at service.  The keynote for Mercury in Leo is, “bold ideas are cogently and enthusiastically presented” and the symbol is, “a statesman makes a speech into a battery of microphones” (104). Say it loud and say it proud!

The US way of communicating is like a Super Bowl commercial, which is the most expensive commercial air time in the US each year.  To make the big and the bold even bigger and bolder, Mercury in the US chart happens to be in the 9th House, which is naturally ruled by Sagittarius and Jupiter. US business concerns are broadcast loudly and enthusiastically inside and outside the US.

Moving on to the next dispositor, we get to the Sun, which rules Leo.  The Sun is in Cancer in the 8th House, from there we would end up back at the Moon in Virgo in the 10th House, which makes the Sun the final dispositor for the Moon.  With the Sun in the 8th House, the primary drive of the US is to bring about transformation and change where people express a need for help.

The first Sabian Symbol to consider is the Moon’s degree in Virgo, which is 29 degrees and 11 minutes (29d11m), making it 30 Virgo as a Sabian Symbol.  In his book The Sabian Symbols, Marc Edmund Jones identifies the point as “a false call unheard in attention to immediate service” and assigns the keyword: SAFEGUARD.

He says, “This is a symbol of human responsibility as an immortality of the soul, and of a way of living which has achieved an absoluteness of attitude or understanding and is able in consequence to dramatize a high personal competency in everyday problem solving”.

Further, he claims, “When positive, the degree is exceptionally gratifying self-fulfillment through the development of a genuine integrity, and when negative, consistently witless indiscretion” (328).

The next Sabian Symbol to consider is the degree of Mercury, which is 8d42m of Leo, so 9 Leo.  Jones identifies the point as “glass blowers” and the keyword is DEFTNESS.

He says, “This is a symbol of man’s inexhaustibly creative skill of and genius of self-application, and of his inherent urge to perform the tasks to be done and to have justification in the ideals to which he would give expression.”

And, “when positive the degree is an effectiveness of personal participation in everyday existence, and when negative, willful or unintelligent distortion of reality” (278).

Lastly, we need to account for the Sabian Symbol of the Sun, which is 12d36m of Cancer, so 13 Cancer.  Jones identifies the point as “one hand slightly flexed with a very prominent thumb” and the keyword is: DETERMINATION.

He says, “This is a symbol of that belief in his inherent supremacy over all other orders of nature by which man is characterized most fundamentally, dramatized by his quite normal confidence in his ability to deal with every eventuality of day-by-day activity and relationship.”

And, “when positive the degree is exceptional steadiness and a high sense of self-responsibility in every issue of the moment, and when negative, unnecessary aggressiveness and a self-defeating shortsightedness” (252).

Aspects to the Moon

Mars represents drive, passion, aggression, and self-determination.  In Virgo, the keynote is “energy is expended with keen insistence on detail” and the symbol is “a soldier polishes his bayonet until it gleams” (117). Both patent and copyright laws are significant aspects of American business interests which become the focus of Mars in Virgo in the 10th House.

It can be difficult for the American soul to share unless it receives some form of compensation or quid pro quo.  The Sun sign of the country may want to help everyone out, but the Moon sign blended with Mars wants to know “what’s in it for me”.

The Midheaven is the angle of the Sun when it was at its peak on the day the US nation was born.  In this case, it is 00d14m of Libra, or 1 Libra as a Sabian Symbol, which is “a butterfly made perfect by a dart through it” with a keyword of ARTICULATION (151).  One of the fundamental precepts of US business policy is the “rule of law”, which forms the heart of the Consumer Protection Agency, the Environmental Protection Agency, and the Food and Drug Administration (all 11th House, community concerns).

Saturn in Libra further restricts the pursuit of selfishness by merging with the Moon as well.  The keynote is “beauty is won through duty done” and the symbol is “city planners formulate blueprints for an urban redevelopment” (129).

Essentially, the US soul attempts to be fairly and usefully selfish.  If it can manage to keep it self-interests fair and just, then it can make great strides in the world because it will work tirelessly to self-determine rather than allow others to dictate its behavior.  Poorly expressed, this energy can turn into arrogance and unfounded defensiveness.

Good or bad, this energy is designed, ultimately, to have an IMPACT on the world.