Ingress results in a change in tone and meaning for a point, which is an energy shift designed to promote and continue growth as well as change on a regular and ongoing basis.  Each point moves at a different speed, so the ingress for Mercury, which is faster than Mars, happens more frequently and is part of a recurring cycle in which every point eventually “returns” to the same degree as part of its elliptical cycle around the Sun.  This article will look at Mercury’s ingress from Scorpio into Sagittarius.

On December 9th at 4:42 am Eastern Standard Time (EST) Mercury will leave Scorpio and enter Sagittarius. It has been in Scorpio a staggering nine weeks, thanks to the retrograde occurring at the end of Scorpio so that Mercury never left Scorpio for the entire retrograde phase.  While in Scorpio, the keynote was, “the mind penetrates to the essence of matters” and the symbol was, “a cryptographer endeavors to crack a code” (134).

In Sagittarius, the keynote is “the mind ranges over a variety of abstract concepts” and the symbol is “a scholar compiles logical proofs of the existence of God” (145). The movement through Sagittarius will occur within the normal three-week time frame causing Mercury will also ingress into Capricorn later in the same month.

If you are experiencing Mercury in Scorpio fatigue, then you have plenty of company.  Normally, the retrograde phase will divide some of its time between two signs; no such luck.  And, of all the signs to have Mercury settle into, Scorpio is one of the most intense. Secrets are both revealed and created under this transit and it can feel like living in the Twilight Zone, or a Hitchcock thriller.

You either did the depth work necessary to bring your darkest secrets to light or addressed your deepest fears in order to go through a death and rebirth of your mind/thoughts and understanding of the world. Or you added new material to suppress and hide.  Perhaps no other event portrays the battle between truth and lies better and more clearly than the US impeachment hearings against the President.  It is very fitting that this process began and started gaining traction under this transit.

Your full birth chart consists of 12 segments called Houses, each ruled by a sign of the Zodiac.  Your date, location, and time of birth determine which signs align with which house.  In the case of my chart, Scorpio aligns with my 1st House of Identity.  The keynote of my mind penetrating to the essence of the matter is trying to penetrate to the essence of “me” or “I”.  Whether I reveal or hide myself, I will end up doing “penetrating” work to know who I am at this time in my life.

While Mercury was in Scorpio, it was important for me to “look towards” Pluto because it rules the sign of Scorpio.  Pluto was and still is in Capricorn, so any changes I think about or plan, need to be done with prudence and persistence.

Mercury in Sagittarius tries to think and speak with command based on the intensity of belief, the thoroughness of research, the presumed infallibility of accumulated life experience, or the persuasion of bullying others by mastering their fear.  When acting positively this transit can provide “a profound sense of purpose and the ability to focus on distant goals” (Astrology: The Cosmic Science, Moore and Douglas, 145).

This energy transit can also ignite a desire to travel, whether locally or internationally.  If you feel the itch to get outside your local patterns and explore something new, then definitely scratch it.  If you cannot travel physically, then take off on an adventure of the mind by reading novels that include travel over land, sea, or even into outer space.  The mind will want to expand its horizons.

Without any kind of unifying philosophy, this transit can really push or pull people into silos of thinking that reinforce their assumptions and biases.  Thus, the work of defining and living your personal philosophy becomes even more profound against the chaos of social media and sound bite information and knowledge.  This Mercury transit would prefer to expand its knowledge of subjects to an expert level should the opportunity present.

In the case of my chart, Sagittarius rules my 2nd House of Resources and Security.  My “mind work” (Mercury) will focus on how I need to expand and what philosophy I need to embrace to take care of my resources and feel safe.  As a rule, I tend to feel safest when I have diverse ways to earn money instead of just a single way to do it.  This approach helps me feel more stable because one type of work may be slow while another is doing quite well.

Since Sagittarius is where Mercury is moving, it helps to look to Jupiter, the ruler of Sagittarius, which recently left Sagittarius to enter Capricorn, a few days prior to this ingress.  With Jupiter in Capricorn, Mercury should think ambitiously, with an eye towards long-term goals and positive measures of success.  In my natal chart, Jupiter occupies Leo in my 10th House, so this will be a period to focus on my career aspirations and how far I want to take them. 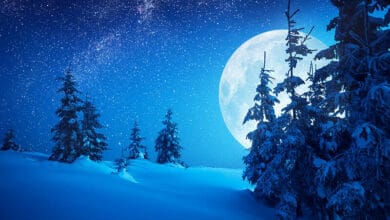 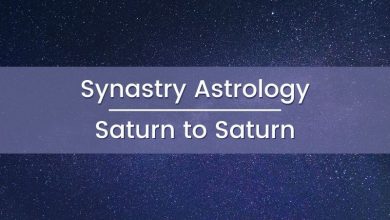 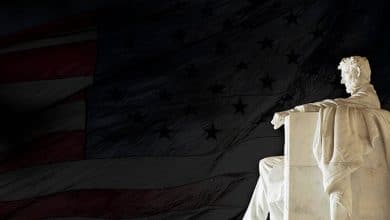