The Hidden Side of Equinoxes and Solstices

Home » Blog » Astrology » The Hidden Side of Equinoxes and Solstices 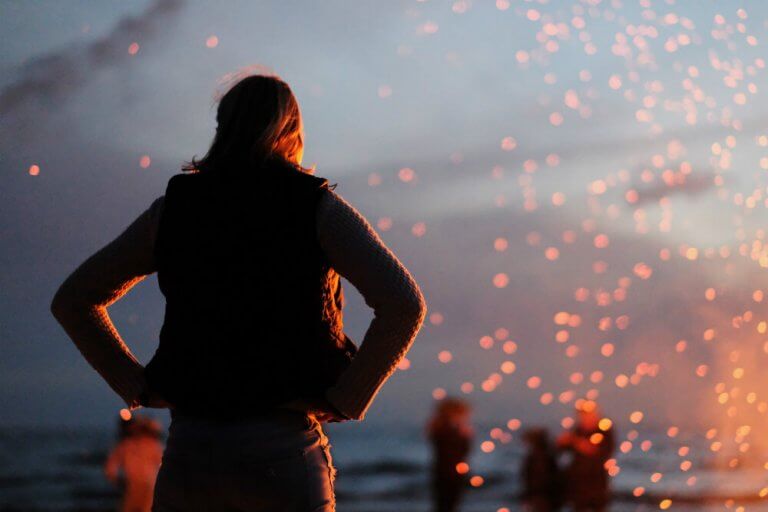 We’ve known for a long time now that the Earth is subjected to astrological and astronomical changes, but many people are ignorant of the spiritual meaning of these astrological phenomena such as – for instance – equinoxes and solstices.

Equinoxes occur when the Sun lies exactly above the equatorial plane of the Earth. In other words, it is at this very moment that the Sun spreads its light over both hemispheres in an equal manner.

The term “equinox” comes from the Latin word aequinoctium, a mix of aequus (equal) and noctis (night), meaning day and night are about the same length.

There are two equinoxes a year:

Equinoxes mark the beginning of two seasons: spring and fall. The dates on which equinoxes and solstices happen are approximately the same in both hemispheres. By contrast, seasons are reversed between both hemispheres.

Solstices are celestial phenomena taking place when the Sun is located at its greatest distance from the equator – either south or north.

There are therefore two solstices corresponding to the other seasons, which are summer and winter:

To sum up, equinoxes and solstices mark the beginning of the four seasons from an astronomical but also astrological and spiritual point of view.

Four truths about the four seasons

Many celebrations linked to several religions and spiritual way of life take place on these very key dates, so much so that it would take too long to list them here.

The most important is to know the spiritual meaning of equinoxes and solstices and what you can do to improve your existence when a season ends, and another begins.

Northern hemisphere: between March 19 and March 21

This is the moment when projects should be implemented, the time to think about your own goals. This is the era of renewal, a time when your opportunities are renewed to succeed in what you failed over the preceding seasons. It is a good period to take stock and go in other directions for the rest of the year.

This is the moment when you should give a new impetus to your projects and rectify what did not work over the course of the previous season. This is the ideal moment to speed up and intensify your efforts to bring your projects to successful completion and get to know people who can help you progress.

Southern hemisphere: between March 19 and March 21

It is the moment to put the finishing touches to your projects and bring them to life. You benefit from the experience derived from the previous seasons so take advantage of it. You can also be provided with many pieces of advice that will broaden your knowledge.

You should already have achieved most of your goals or be on the verge of doing so. Put the finishing touches on the projects that are still underway. Also, make the most of the benefits brought by the completion of your goals. Start thinking about other projects, which you will launch… over the course of the next season.