What Are the Eight Cycles of Life According to Astrology?

Home » Blog » Astrology » What Are the Eight Cycles of Life According to Astrology? 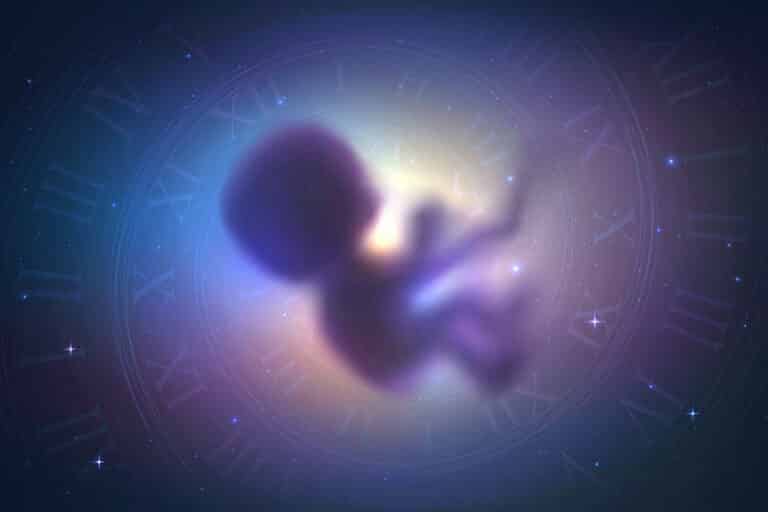 The planets such as the Sun, Moon, Venus, Mars, and others will have an impact on your life at all times. However, did you know that one planet has a significant influence on your life during certain phases? Based on the differences that you experience during periods of your life; it would not be a surprise to learn that one planet would have more influence than others.

That does not mean that other planets do not have much influence simultaneously, but one stands out a lot more. There are eight phases of life, and each planet rules differing stages of your life from birth to death. Which planet rules each of these phases, and which planet is leading your life right now? Let’s learn about the eight stages of life, according to astrology.

From Birth to 7 Years of Age – The Moon

From your birth until you are around seven years of age, the Moon rules this life phase. The Moon has everything to do with nurturing, sensitivity, and intuition. Infants and young children need as much nurturing at that time as this is the most sensitive time in your life. The nurturing they receive from their parents and caregivers can shape how the individual turns out in the end.

Therefore, if you look at your childhood, you can see that it was based on the Moon’s influence. If you had a great childhood with nurturing and loving parents who helped you build confidence and identity, then chances are your natal Moon is in excellent condition. If, however, you have low self-esteem and insecurities, chances are you did not have a nurturing upbringing, and you endured plenty of trauma. Therefore, your Moon likely is not in good condition. That does not necessarily always mean that your parents abused you. However, perhaps your parents barely made ends meet, and they had to spend most of their time working.

That meant they did not give you the love and attention you needed because of being financially stressed, for instance. A poorly conditioned Moon will indicate a childhood lacking proper nurturing, whereas a well-conditioned Moon shows that you grew up in a loving home.

The child may begin speaking, learning the alphabet, basic arithmetic, and essential reading before seven years. They may also learn to socialize and develop social skills. However, between seven and 14 years old, the children are in the thick of their learning and begin socializing much more as they are in grade school during that phase. Therefore, Mercury is the planet that rules kids in these age groups.

Mercury is the planet that rules learning, socializing, communication, and versatility. A child that was always a quick learner, a great student, and had excellent social skills at school likely has its natal Mercury in good condition. However, a child who struggled in school, whether with grades, learning and struggled due to poor social skills, their natal Mercury may not be in good condition. Therefore, the experiences you had at school and your academic life at this time can reflect on the state of your natal Mercury since it is the planet that has the most significant impact during this phase in your life.

Venus is also the planet that rules luxury, and during that time, you develop your taste in fashion and other items. Your Venus’s condition will indicate the quality of relationships you had during that time of your life. For instance, if you married your high school sweetheart at a young age, and you still have a great marriage, then your natal Venus would be in good condition. If you struggled with maintaining relationships and you ended up being more of a loner. One of the ‘unpopular kids,’ your natal Venus would likely not be in good condition.

Many kids say they know what they want to be when they grow up, but very few of them end up going into the field that they dreamed of when they were kids. Remember, when kids say that, Mercury’s influence takes over during the earlier part of childhood and early adolescence. They are learning about many different things. By the time you know what you want to do with your life, you may not know until you are a young adult. You have ambitions and aspirations, and you go to college or a post-secondary program to learn skills in the field of your dreams so you can work and make money. Therefore, Mars is the planet that rules this life phase.

Mars is all about ambition and action-taking. Therefore, the influence of Mars helps you establish your professional and professional life and meet your goals. Those who know what they want to do with their lives and don’t hesitate to take action and do what they can to make their dreams become a reality have a natal Mars in good condition. Those who struggle with finding motivation during this phase and going into a field that they are not passionate about likely have a natal Mars in poor condition.

When you reach the age of 35 until you are around 42 years old, at that point, you gain the social status you desire. Simultaneously, bodily changes begin to take shape as you start showing very early signs of aging. This period is a hard one for people, and the planet that rules this phase is the Sun. The Sun rules vitality, ego, and will. That is why this is the timeframe when people begin to evaluate their lives.

Those who are happy with how their lives turned out may not go through a mid-life crisis; however, that does not mean they won’t want to change certain aspects of their lives moving forward. Their natal sun would be in good condition in this case. However, those who are not happy with how their lives turned out often do go through a mid-life crisis and realize that they reached half of their life and have only a number of years to move forward by making changes they want to make.

What happens after the mid-life crisis stage? When you begin implementing changes, which occurs anywhere from 42 to 56 years of age, on average. That is why you see many divorces happening and many adults of these ages going back to school to make a career change. That is an expansive time of life, which is associated with Jupiter. Therefore, Jupiter rules this life period.

How will you expand your life? The natal position of Jupiter can be the indication of that, even more than the condition. Even if natal Jupiter is not in good condition, you can find ways to make changes and expand yourself in life. However, you can get a better idea of how Jupiter will expand your horizons during this period. For instance, if transiting Uranus, the planet ruling changes and upheavals, trines your natal Jupiter, there is a good chance you will make a sudden and unpredictable change. That depends on the natal house of Jupiter. If Jupiter is in the Fourth House, that can indicate a sudden change of residence.

Between the time you are from 56 to 70 years of age, you are entering your elder years. You are upon retirement, and your body is beginning to slow down. Therefore, the planet that rules this phase of life is Saturn. Saturn is the planet that rules restrictions but is also wise. Consequently, you have lived long enough to gain enough experiences to pass wisdom onto others. And if you have older children and are fortunate enough to have grandchildren during this timeframe – you can give your knowledge to your grandkids once they are old enough to understand it.

You may be confused by this as the Saturn return happens when you are around 28 to 30, as transiting Saturn meets with your natal Saturn. That is when you realize you must do something serious with your life as that is often the reason people often get married around 30 years of age. However, that is the Saturn return as Saturn does not rule that phase of your life otherwise. Another Saturn return happens around 56 to 60 years of age, which falls into this phase. You will feel Saturn’s heaviest influences around that time.

From 70 Years of Age Onward – Uranus

Uranus is the planet of upheavals and changes, but it also represents unexpectedly finding happiness in life areas. From the time you are 70 years and older, you are living at the end of your life, and that is the time to find things you enjoy unexpectedly. You are likely retired at this point, so you can find hobbies and interests that you never had during your younger years. You may even delve deeper into spirituality during this timeframe of your life. That often happens too among seniors in this timeframe. That is why you cannot predict what you will enjoy and what you won’t enjoy when you get to this life phase.

Once again, the planets in your natal chart have an impact on you at any time of your life – especially during times of essential and life-changing transits. However, when it comes to these individual phases of your life, certain planets rule them. The Moon rules infancy and early childhood, Mercury rules later childhood and early adolescence, Venus rules late adolescence and early adulthood, Mars rules early adulthood to early mid-life, the Sun rules your midlife, Jupiter rules the later part of mid-life, Saturn rules your retirement phase. Uranus rules the latter part of your senior years.

Therefore, if you had a good phase of your life during your early teen years, then there is a good chance that your natal Mercury is in good condition. However, if your early adulthood years were not great, then perhaps Mars is not in the best condition in your chart. That defines the eight cycles of life according to astrology.

The Numerology of Joe Biden