Can Jupiter Bring Hope and Enlightenment Before 2021?

Home » Blog » Astrology » Can Jupiter Bring Hope and Enlightenment Before 2021? 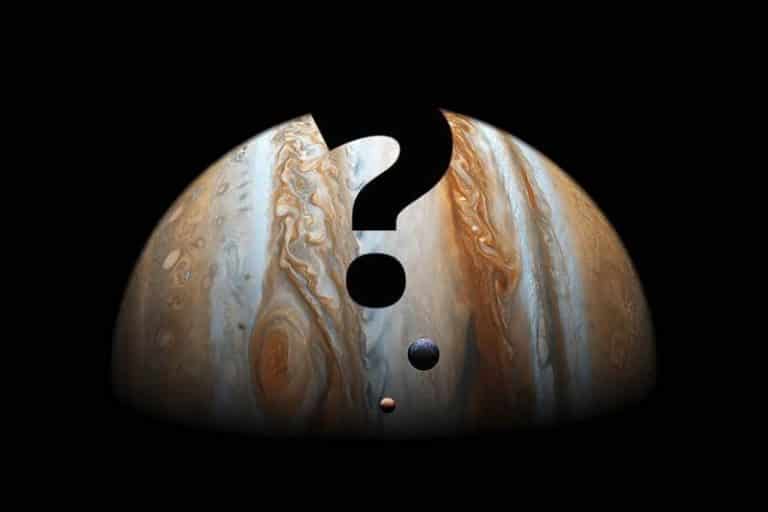 Jupiter was first notably discovered on 7th January 1610 when the Moon and Uranus linked up with its position in Gemini.

Since then it has been allocated as ruler of adventurous Sagittarius and is associated with travel, higher education, optimism, good fortune, and financial blessings.  It is said to ‘expand’ wherever it touches in the astrological chart and bestow good fortune to the area of the chart it was in when we were born.

Despite the positive connotations of Jupiter, it has played a key role in the catastrophic events of 2020, however.

Due to its tendency to ‘expand’ and ‘increase’ the energy of whatever it touches, it has been comparable to throwing petrol on a spark at the times it has linked up with the power planets in Capricorn this year, let’s look further into its role, to determine how the next few months will pan out for us.

When did Jupiter enter Capricorn?

Jupiter entered the sign of Capricorn on 2nd December 2019 and, as it did so, it was square to Chiron the wounded healer, which was at the beginning of Aries at that time.

Chiron is about health, vulnerability, and deep-seated fears.  The ultimate lesson of Chiron is in learning to confront our most wounded characteristics with courage.  We all have a part of us that feels inherently fragile and almost tainted.  By learning to embrace and accept that in ourselves we can inspire and start to heal others, this is not easy though, it is deeply painful initially.

Jupiter in Capricorn began {in square to Chiron} by reminding us of our shadow sides and our need to heal what we fear and dislike in ourselves the most.   This quite accurately sums up the essence of what Jupiter in Capricorn has been about for the past year.  All of us, in one way or another, have had to deal with grief and loss; whether through the death of a loved one, or through the loss of liberty and physical connection with others.

How has this added to the events of the year so far?

As if beginning with the square to Chiron wasn’t enough, Jupiter has also been crossing over Saturn and Pluto on multiple occasions this year.  There really couldn’t be a less uplifting set up for Jupiter, as it has been tasked with ‘expanding’ the darkest elements of humanity.

Saturn is all about austerity, rules, restrictions, and hard work.  Pluto is about massive change, upheavals, and destruction.  Jupiter crossing over these two planets has only served to make their impact more powerful and incredibly exaggerated.

We all know a Sagittarius who is prone to bending the truth to make a story more exciting or believable.  Well, imagine the world doing just that, and all of the media doing their best to outdo one another in a failing market, by sensationalizing every tiny detail.

Imagine that as extremely as you can, and you may start to see for yourself how much Jupiter has been like petrol to a spark during 2020.   What a palaver!

Why has this year been so bad?

Saturn and Pluto made their first and only true conjunction {meaning they were at the same point in Capricorn at the same time} on 12th January 2020.  Astrologers have been noting this as a time of difficulty and upheaval for years in advance and glanced with further trepidation and concern when noting that Jupiter would be triggering these points all year.

From an astrological point of view, Saturn and Pluto together were always going to spell major events, both politically and sociologically.  Quite how these impacts would be felt, not many of us predicted, the outcome being a change to the face of democracy and hierarchical structures as we know them, however, is something that we have all seen coming.

In history Saturn and Pluto together have been intrinsic, let’s look at their previous conjunctions:

When has Jupiter been in on this years’ conjunction?

Jupiter and Mars were intrinsic in the events in the US and UK this year.  Mars was also in Capricorn during March of this year, perfectly triggering Saturn and Pluto at the timings of the lockdowns which have affected most parts of the world.

Jupiter can in on the act by meeting up with Pluto at the beginning of April, causing inflated reports of death tolls from a virus.  In its retrograde cycle, it brought about the beginning of re-liberation at the end of June.

Jupiter, whilst chasing Saturn through Capricorn, has not actually met up with it yet.  It will form the first proper conjunction Saturn on 21st December at the first degree of Aquarius, with both planets entering Aquarius in the two days prior.

This indicates that the year will end with a much more hopeful and positive energy to that which it began!

What more does Jupiter have in store in Capricorn?

Jupiter in Capricorn wants us to look at the way Governments run the countries and how much power and control they assume.  Acting as a solo planet in transit {rather than when it operates alongside Pluto} Jupiter is all about freedom and self-expression.  The essence of Jupiter encourages thought, debate, and higher learning, as it also rules further education.

In fact being a professor, traveler, or explorer, all fall into the remit of Jupiter and appeal to those who have it well placed in their chart – or a strong emphasis of Sagittarius in their charts.

Jupiter wants us to think and reconsider how complicit and controlled we are.  It wants us to look at other options, provide more help and care for those who need it, and to allow equality.  It is dumbed down a little in Capricorn, the sign where it is said to be in ‘fall’ but it still asks us to consider an optimistic perspective of all that Capricorn is associated with.

Will things change when Jupiter is in Aquarius?

On 20th December 2020, Jupiter will move into Aquarius, as sign in which it thrives, as Aquarius is as much about freedom and equality as the sign of Sagittarius.  For Aquarius humanity is everything, it is often joked that Aquarius Sun natives are as likely to treat strangers as kindly as they do their closest friends, because for Aquarius everybody is equal and deserves their time and respect.

Aquarius is about human rights and championing the underdog.  Whilst Saturn moving into Aquarius at the same time as Jupiter will show us the road ahead and that it has many bumps and will be uphill for a while yet, Jupiter is absolutely certain that we can turn all this around.

We are all equal and we all deserve to have a voice and a say in, not just our own lives, but also the steer of our country and the expenditure of our tax money.

It is time to speak up and with Jupiter’s upbeat spirit, the surge towards revolution will be a battle of words and ideas, rather than the force that may be required if freedom hasn’t been given back to the people by the time Pluto enters Aquarius in 2023.

I say to all those who wish to control and dictate, what goes around really does come around.  Yield and listen to people, learn to care about your fellow man, and recognize that we are all parents or children of somebody and all of us deserve to be treated with the kind of love and care befitting of the nature of Aquarius.

If control continues there, then 2023 may look a little like 1649 did to the British monarchy, which interestingly coincided with a conjunction between Saturn and Pluto in Gemini…

Reiki blessings to all~~~~

How to Calculate Your Personal Yearly and Monthly Numbers