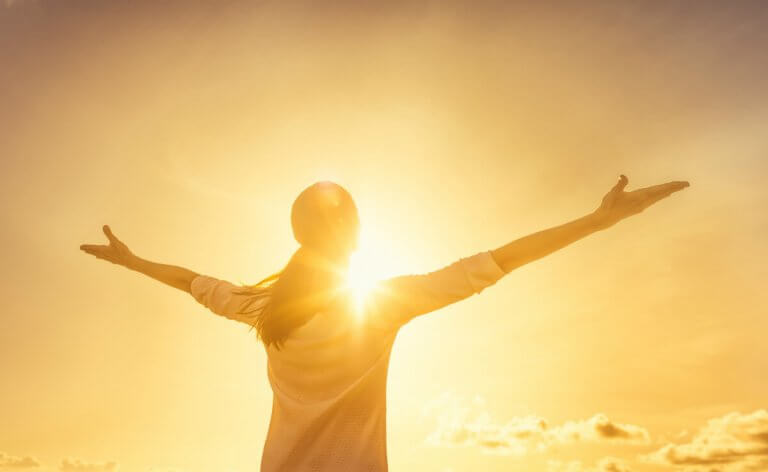 If you’d asked me this is in my teens I would have laughed at the notion; as a child I conjured up the image of a small figure, pushing at an immovable object.  A silly impossibility with cartoon-like proportions.  It is only now, and in recent years that I can categorically state that, yes, actually faith is what is required to manifest change and all that you wish for in your life.  Faith is one of the keys we have lost in the modern world and replaced with a fob!

Where does this saying come from?

Well, it’s actually an old biblical quote and those of us (like myself) who were raised in a Christian denomination probably heard it.  However, it is not necessarily sourced in the bible, as it is a phrase adopted by most of the larger, known religions.  Perhaps it was already a saying 2,000 years before Matthew’s gospel was transcribed.  What is for sure, is that like most things, if it is believed by most people, then there is a valid reason for such.

It is a willingness and an ability to hold fast to a belief or ideology in which there is no tangible, verifiable proof or substance.  Having the ability to surrender to chains of events and outcomes which are both beyond our control and outside of the measurable realms.  Acceptance, alongside a deep understanding that everything will work out for the best, or as it is meant to be.

But surely faith has no use?

In the modern, Western world, faith is not a very popular concept.  In the last 200 years modern life bears little resemblance to the old ways; having evolved through an industrial revolution, advances in science, mechanics and now the constant updating of IT, surely the ideas of the ‘old world’ are redundant?

Well, they certainly have become so.  How could faith fix your computer, or help you to plumb a washing machine?  It certainly won’t help you to sidestep a delay on the motorway or get you a promotion at work.  ……. or can it?

Maybe faith can help us?

The thing is, what if there is some power in belief?  What if our conscious thoughts really do have an impact on our lives and what occurs?

The law of attraction certainly celebrates this possibility and there are enough people talking about this lately for the theory to have some credence, surely?

Imagine if our mental focus and all that we want to experience, and that which we have faith in, did all really manifest in our reality?

Doesn’t science prove that we have no power though?

Actually, quantum theory supports this idea that our thoughts and our overall consciousness infinitely impacts our whole environment.  In quantum theory, everything is connected and yet on a molecular level, there is little matter, only vibrations.  It has been shown that there can be energetic emulations and energy exchanges between seemingly unrelated particles which may be miles apart!  If time doesn’t exist, then perhaps distance doesn’t either?

What would Einstein think of this?

Actually, Einstein was a believer that human consciousness is actually connective energy that reaches and interacts with everything else.  He observed that we use our sense of identity to sort of ‘imprison’ our consciousness and fool ourselves into believing that each of us is separate and alone.

Einstein rejected organized religion from a young age but refused to ever call himself a non-believer.  Observing the beautiful, interactive nature around him he had an inner faith in something magical, which he chose not to define, as he quite correctly noted that, the human mind was too limited to conceive the vast truths of the Universe.

So, faith really is powerful?

It seems so, yes.  Certainly, I have observed that those who hold on to and identify with any form of theism seem to be more comfortable than those who do not.  In the modern Western world, many have rejected religion, seeing that it is dogma and usually co-ordinated in a hierarchical fashion.  Unfortunately, many have interspersed the word faith with choice of creed, completely overlooking the possibility that one can develop one’s own faith and one’s own form of belief system…. Just as Einstein did.

How can we believe without proof though?

When you were a child, did you need to validate everything you saw and perceived?  Do you remember a few magical years before school when life was filled with possibility and every day seemed different?  Were you born looking for evidence, or were you simply told to do so by people that you hardly knew and who were practically strangers?  As young children, we are sponges and easily molded, but look back at these people who told you how to think; were they important to you?  More relevantly; were they happy, successful and thriving based upon their set of core beliefs?  Did their values serve to enhance their lives, or did they, in fact, limit themselves?

What do you have faith in?

What about you, personally?  Do you have faith in anything?  Perhaps you believe in life after death, perhaps that everything happens for a reason.  Would you say that these thoughts, these truths that you hold, serve your life?  Are they your thoughts or are you simply repeating what you have heard from another?

It’s so important that we find our core beliefs before we even begin to start to use the true power of faith.  We need to ensure we are moving the mountain in the direction we choose after all.

From these self-understandings, we can really go on to heal ourselves and use the law of attraction on a deep, quantum level.  I’d love to hear your thoughts on all this so that my next article on these subjects helps to answer any questions and blocks you may have.