Ever heard of this phrase above? Many of you would have and if not then you might have once ever tried to get out at night to check out the moon because you heard someone somewhere awe-ing about ‘super blue moon.’ This rare phenomenon is a treat for all the astronomy fans out there. (As a surprise, let us tell you that there is an upcoming Blue Moon 2019!).

The name itself creates curiosity and excitement about something out of the world happening so even if you are not a fan and, in the case, still unaware then ready to be mesmerized by ‘all you need to know about super blue moon cool stuff ahead!’

What actually ‘Super Blue Moon’ is?

Blue moon is actually the name of the phenomenon in which an additional full moon appears within a certain period. However, there are divided studies about the period in which it appears. One defines it as a third full moon in a season of four full moons, and this is also known as Seasonal Blue Moon. The other defines it as the second full moon in a month or known as Monthly blue Moon.

Might be wondering which one is the right one? Well, the definition as the second full moon has been known to be evolved or misinterpreted from the original first definition in the past years. So as far as we know we are getting to enjoy a spectacle by watching a BONUS moon, we don’t mind if it is second or third! Moreover, you can guess for yourself how super Blue Moon 2019 is.

Is it actually blue?

How cool it is to know that humans have a blue moon too, a giant glowing blue globe hanging in the sky! Sorry to break it on you but it is not actually blue. The phrase or the name has nothing to do with the apparent features of the super blue moon. It actually refers to the appearance of two full moons in the same month. However, sometimes it does the trick of appearing blue, but actually, it has nothing to do with this astronomical phenomenon.

In a certain atmospheric condition like volcanic eruptions or fires, dust or smoke particles are released high into the atmosphere. These particles pass through the moonlight, scattering the light in every direction and when blue light is scattered less than red so the moon may appear with a tinge of blue. You can see it for yourself when the Blue Moon appears!

Is it actually big to be called SUPER?

‘Super Blue Moon’ makes us imagine the kind we watch in fictional movies. A bright shiny huge orb that is so big that it glows over the mountains! This adds the cool touch, right? But it also makes us wonder if Super Moon is like that and bigger than the normal regular moon we watch on our real skies. Let’s not disappoint you, so the answer is Yes.

Although some say that with all the hype created around this blue moon, one may psychologically presume this moon as bigger, don’t mind that because it’s actually true (Keep an eye out for Blue Moon 2019!). During this phenomenon, the super moon is almost at its closest distance that the moon has with earth and so appears a little larger. By this, we mean about 14% larger than our regular moon and looks even bigger if it is closest to the horizon. It even appears to be 30% brighter than other full moons around the year and so gives us the reason to call this rare sight as SUPER!

What has red to do with blue?

Blue moon? Red moon or super blue moon? What is with all these names? Hold on to that and let us clear that out for you. We explained above how dust or smoke particles scatter the light.

However, it depends on the size of particles in the atmosphere and sometimes particles of certain sizes may scatter light in a way that more red light passes through the moonlight and so we get to see a tinge of red. The red moon often appears more than the blue one, but does it matter because we still like to call it Blue Moon. What color changing amazing phenomenon it is!

Then what is with blood moon?

Tired of the names yet? Well, don’t sweat because it is the last one. Super blue moon is also often known a Super Blue Blood Moon. Blood moon refers to a total lunar eclipse. This phenomenon occurs when the earth is surrounded between the sun and the moon, and our earth’s shadow falls on the moon. It doesn’t appear dark and disappears because of sun’s light still falling on the lunar surface, and so from here, the Moon gets its dark reddish color. Whoa, so much going on with our moon up there. Well, now you know not to get perplexed with all these adjectives around this phenomenon.

The last appearance and expected one?

31 March 2018 marks the date of the most recent appearance of the so cool ‘Super Blue Moon’ which was the 2nd full moon in a month. This took our social media all over by storm because this astronomical event was perhaps a sight to enjoy not only for the space geeks but even for the normal humans.

However, if you missed the chance, you would not be able to experience this phenomenon again this year until 18 May 2019 which is the expected date provided when ‘Our Fav Orb’ will appear in the skies again as the Blue Moon 2019! And the cherry on top is that the Blue Moon 2019 is going to be the 3rd full moon is a SEASON!

So next time you hear about a Super Blue Moon, let it be the phrase itself, bet you would know what is happening up there! Even if you are staring at the skies at night or getting bored, the thoughts of this wonderful space stunt can occupy you, and once you give it a little thought, it will make you wonder, question and a lot more that can surely entertain you. So, gear up now and mark your calendars because you would not want to miss the next immediate appearance of the Super Blue Moon in 2019! 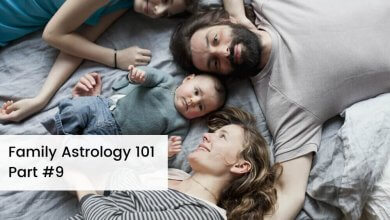 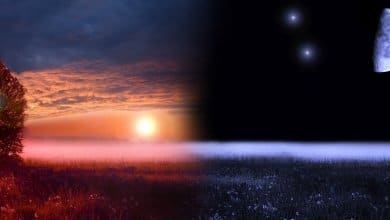