What Are the Best Movies for Scorpio?

Home » Blog » Horoscopes » What Are the Best Movies for Scorpio? 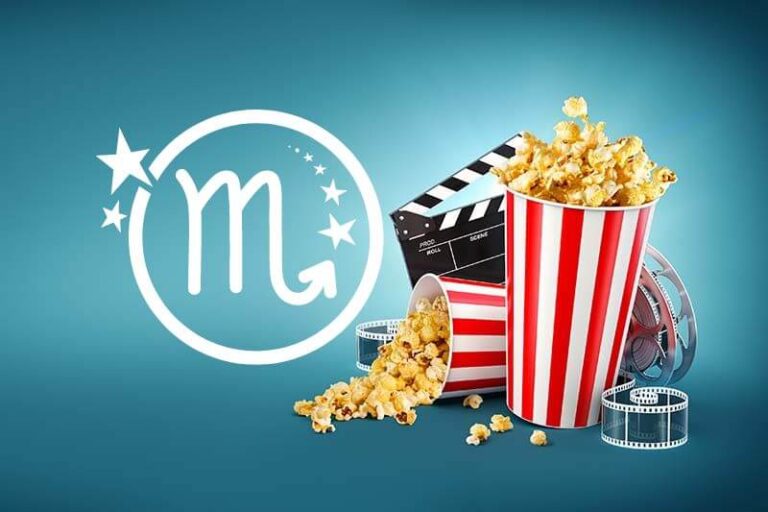 Each astrological sign expresses itself and perceives the world in certain ways, which means each one will enjoy the many different genres of entertainment in particular ways. This series of articles will suggest an example movie from different genres for each astrological sign. The plot and characters exemplify the qualities each sign would enjoy. This article will be about the movies for Scorpio.

Scorpio is the fixed water sign of the Zodiac, so movies for this sign should include intense emotions, death, power struggles, trauma, dark humor, satire, and sex. Pluto rules this sign and focuses on the need for things to change, the upheaval of systems and beliefs, and what is hidden that needs to be revealed (or kept hidden), so movies about espionage, seduction, and the darker sides of life will appeal to people with this Sun sign.

Quick synopsis from Google.com: “A telesales operative becomes disillusioned with his existence and begins to hunger for fresh excitement in his life. As he experiences a new awakening of the senses, his wife and daughter also undergo changes that seriously affect their family. Critically acclaimed, this film won Oscars for Best Screenplay, Best Director, Best Actor and Best Film.”

Scorpio appreciates dark humor, and this film has plenty of it. Mix in a man’s midlife crisis, a young teen woman awakening sexually, and a family in dysfunction, all under the veneer of the “American Dream”, and you have the perfect drama/comedy recipe for a Scorpio viewer. Outstanding performances by the entire cast revealing the broken nature of all the characters, main and supporting, will keep a Scorpio glued to the screen until the very end.

Quick synopsis from the-numbers.com: “Nina (Natalie Portman) is a ballerina whose passion for the dance rules every facet of her life. When the company’s artistic director decides to replace his prima ballerina for their opening production of “Swan Lake,” Nina is his first choice. She has competition in newcomer Lily (Mila Kunis) however. While Nina is perfect for the role of the White Swan, Lily personifies the Black Swan. As rivalry between the two dancers transforms into a twisted friendship, Nina’s dark side begins to emerge.”

A family man with a hidden and violent past gets exposed performing a heroic act. Intense performances by an all-star cast, led by Viggo Mortensen, will certainly appeal to a Scorpio viewer. The intense fight scenes and smoldering sexuality between Mortensen and Maria Bello (his wife in the movie) will more than satisfy Scorpio’s thirst for displays of power out in the world and in the bedroom.

Quick synopsis from the-numbers.com: “While exploring her new home, a girl named Coraline (Dakota Fanning) discovers a secret door, behind which lies an alternate world that closely mirrors her own but, in many ways, is better. She rejoices in her discovery, until Other Mother (Teri Hatcher) and the rest of her parallel family try to keep her there forever. Coraline must use all her resources and bravery to make it back to her own family and life.”

A kids movie with just the right hints of horror, and plenty of weirdness, including the animation style, this story embraces the dark imagination that Scorpio children likely have. Dealing with issues of parental neglect, death, and sexuality, it may not seem like much of a kids movie, except that it uses animation to tell the story, but that is just what makes it a kids movie for a Scorpio.

Quick synopsis from Google.com: “In deep space, the crew of the commercial starship Nostromo is awakened from their cryo-sleep capsules halfway through their journey home to investigate a distress call from an alien vessel. The terror begins when the crew encounters a nest of eggs inside the alien ship. An organism from inside an egg leaps out and attaches itself to one of the crew, causing him to fall into a coma.”

Even though the movie came out in 1979, it still holds up in the special effects department, and is now considered a cult classic of film noir. Lead Sigorney Weaver delivers a gritty performance in a science fiction horror story that put her on the map as one of the first female action stars. Director Ridley Scott is a master of intensity, giving every frame poetic beauty and tension that a Scorpio’s sensuous eye will appreciate.

Quick synopsis from Google.com: “In an alternate 1985 America, costumed superheroes are part of everyday life. When one of his former comrades is murdered, masked vigilante Rorschach (Jackie Earle Haley) uncovers a plot to kill and discredit all past and present superheroes. As he reconnects with his retired associates, only one of which has true powers, Rorschach glimpses a far-reaching conspiracy involving their shared past and catastrophic consequences for the world’s future.”

Seedy superheroes with morally questionable personalities, what’s not to love for Scorpio. Before there was Amazon Prime’s The Boys, there was Watchmen. Based on the comic book maxi-series (12 issues) by Alan Moore and Dave Gibbons, which deconstructed the superhero genre in an eye-opening way in 1986, the Watchmen was a “game changer” for the comic book industry. The film is surprisingly faithful to the source material, including sex and violence on a level that a Scorpio will truly appreciate.

If you select these films to watch with your Scorpio friend, partner, or lover, they will be pleasantly impressed with your choices.