What Are the Best Movies for Libra?

Home » Blog » Horoscopes » What Are the Best Movies for Libra? 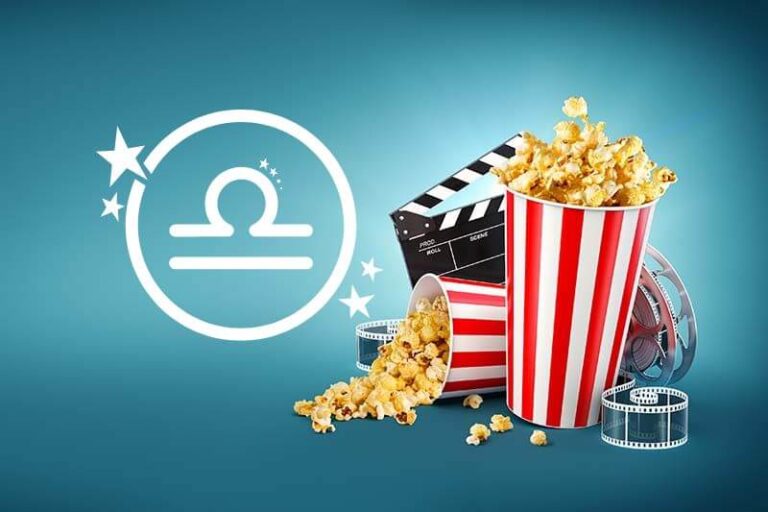 Each astrological sign expresses itself and perceives the world in certain ways, which means each one will enjoy the many different genres of entertainment in particular ways. This series of articles will suggest an example movie from different genres for each astrological sign. The plot and characters exemplify the qualities each sign would enjoy. This article will be about the movies for Libra.

Libra is the cardinal air sign of the Zodiac, so movies for this sign should include legal matters, relationship issues, beautiful cinematography, clever dialog, and smart humor. This sign loves romance and resolutions! Venus rules this sign and focuses on the beauty and balance of life, so movies that tell a positive story with a clear resolution will appeal to them the most.

Quick synopsis from google.com: “Lovable Englishman Charles (Hugh Grant) and his group of friends seem to be unlucky in love. When Charles meets a beautiful American named Carrie (Andie MacDowell) at a wedding, he thinks his luck may have changed. But, after one magical night, Carrie returns to the States, ending what might have been. As Charles and Carrie’s paths continue to cross — over a handful of nuptials and one funeral — he comes to believe they are meant to be together, even if their timing always seems to be off.”

This comedy has all the right elements for a Libra: beautiful actors, clever dialogue, a “will they/won’t they” get together theme, and smart humor. As the saying goes, “timing trumps everything”, so how you draw out the comedy of the right people at the wrong time, meeting over and over again, until it is the right time, is a perfect formula for a Libra.

Quick synopsis from google.com: “Taut thriller about a young law student whose legal brief about the assassination of two Supreme Court justices causes her to be targeted by killers. She realizes just how accurate her accusations have been when her lover and mentor is murdered. Forced to go on the run in New Orleans, she is aided by a journalist who helps her unravel a conspiracy involving senior government figures.”

Pretty much any conspiracy theory, legal drama movie will fit the bill for a Libra. In this movie Julia Roberts plays the lead, along with co-star Denzel Washington, both rising stars at the time the movie was made. Unraveling the mystery, through a story about two people who partner to help each other accomplish something they cannot do alone has the ideal elements for a drama that a Libra will love.

Quick synopsis from google.com: “Following the death of his wife, Los Angeles police detective Martin Riggs (Mel Gibson) becomes reckless and suicidal. When he is reassigned and partnered with Roger Murtaugh (Danny Glover), Riggs immediately clashes with the older officer. Together they uncover a massive drug-trafficking ring. As they encounter increasingly dangerous situations, Riggs and Murtaugh begin to form a bond. Riggs’ volatile behavior might just help them apprehend the criminals — if it doesn’t kill them both first.”

One of the gold standard movies for the “buddy cop” genre. It can be any combination, two men, a woman and a man, or two women. Not only is the movie about the action, but also the relationship! It’s the interplay of the relationship that really excites the Libra viewer. And in this movie, the “opposites attract” dynamic is pushed to its absolute limit!

Quick synopsis from google.com: “Once upon a time, in a far away swamp, there lived an ogre named Shrek (Mike Myers) whose precious solitude is suddenly shattered by an invasion of annoying fairy tale characters. They were all banished from their kingdom by the evil Lord Farquaad (John Lithgow). Determined to save their home — not to mention his — Shrek cuts a deal with Farquaad and sets out to rescue Princess Fiona (Cameron Diaz) to be Farquaad’s bride. Rescuing the Princess may be small compared to her deep, dark secret.”

The lead is a disgruntled Ogre with a wicked sense of humor, thanks to the voice talent of Mike Myers; and his “partner-in-crime” is Donkey, voiced by Eddie Murphy. The first movie in a set of four, this one lays the foundation for the unlikely, but unbreakable friendship between Shrek and Donkey. Libra will love how these two, very different, characters become true friends who can’t live without each other by the end of the movie.

Quick Synopsis from Google.com: “On a routine journey through space to a new home, two passengers, sleeping in suspended animation, are awakened 90 years too early when their ship malfunctions. As Jim and Aurora face living the rest of their lives on board, with every luxury they could ever ask for, they begin to fall for each other, unable to deny their intense attraction until they discover the ship is in grave danger. With the lives of 5,000 sleeping passengers at stake, only Jim and Aurora can save them all.”

At the heart of the story is the relationship between Jim, played by Chris Pratt, and Aurora, played by Jennifer Lawrence. The story also reveals the constructs of society that remain in place well into the future. The science fiction is a backdrop to the very human issues involving trust, socioeconomic class, survival, and responsibility.

Quick synopsis from Google.com: “Linguistics professor Louise Banks (Amy Adams) leads an elite team of investigators when gigantic spaceships touch down in 12 locations around the world. As nations teeter on the verge of global war, Banks and her crew must race against time to find a way to communicate with the extraterrestrial visitors. Hoping to unravel the mystery, she takes a chance that could threaten her life and quite possibly all of mankind.”

Why Libra Will Love It.

The pace of the movie is very slow, which is no problem for a Libra, who can appreciate the unfolding details of the mystery. The science fiction overlay is very toned down, keeping the focus on deciphering the message from the alien visitors.

If you select these films to watch with your Libra friend, partner, or lover, they will be pleasantly impressed with your choices.