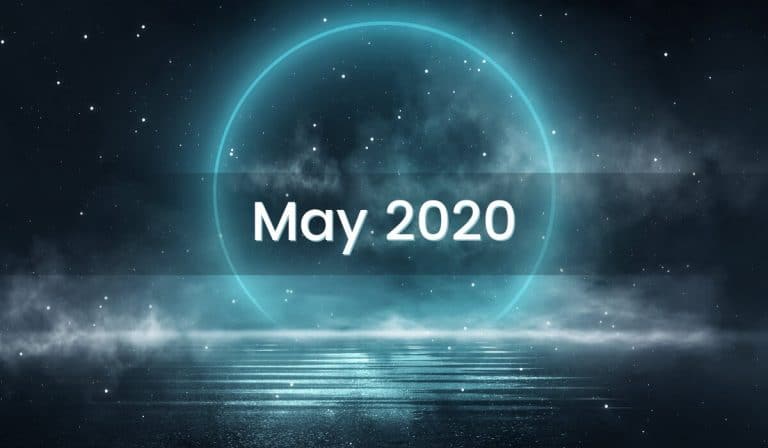 Astrology is a tool of time and space.  As the Solar System runs through its cycles, astrologers follow the patterns the same way a meteorologist follows the weather.  Each month different points in the sky form important relationships, which we call aspects, that indicate emerging, changing, and enduring patterns.

This monthly blog will look at the month ahead and discuss the most prominent and powerful aspects and how they impact life on earth.  These impacts will be connected to both personal and current events to show how the astrological weather report can help you “weather” your life and each month successfully.

What is Ongoing?  The Slow and Enduring Transits

When the outer points Jupiter, Saturn, Uranus, Neptune, and Pluto form aspects, they will last for quite some time.  Since Jupiter moves the fastest, if it aspects any of the other outer points, the aspect can be felt for over two months.  If the outermost points aspect, the impact can last for years, and the repercussions for decades.

At this time Jupiter has passed Pluto but will soon go retrograde (May 14) and move back over Pluto, which is already retrograde.  They will merge for the second time on June 29.   We can expect the profound transformation (Pluto) affecting the entire world (Jupiter) to continue, and probably not settle until Jupiter and Pluto are far enough apart to be out of an orb of influence of 3 degrees, which will be December 1, 2020.

In terms of current events, we will likely see the full dissemination of the coronavirus worldwide and begin to feel the global impact of the disease on the economy in a way that will filter even further down into the daily lives of people around the world.  Capricorn energy is about consequences, so the Jupiter/Pluto merging is extremely significant.  In weather terms, this is a category 5 hurricane.  Geologically, it is a Tsunami or 9/10 Richter scale earthquake.

The impact of this aspect started in late February and will be at full strength here at the beginning of this month and only start to subside by the middle of next month before re-strengthening towards the end of June.  There will be some hope to re-open the economies around the world, but any such action will need to be done as cautiously as possible.

Faster transits occur throughout the month and this section of the article will look at each week of the current month.

Venus in Gemini square (conflict with) Neptune in Pisces

At the very beginning of this month, Venus will be squared with Neptune as a carryover from last month.  So, May will start off with Venus still squaring with Neptune and continuing well into May because Venus will begin slowing to go retrograde. This transit can lead us to be somewhat unrealistic about what can and should be done regarding all aspects of our lives.  We may want others to do more than they can, and we may be forced to see the limitations and flaws in others very clearly during this transit.

On the 6th and 7th, Mercury and the Sun will form a sextile with Neptune; their presence in Taurus will provide a much-needed stabilizing effect for a few days during that time.  It can be a time to “regroup” and understand that a new reality is beginning to settle in.  Feeling out of control during a crisis of this scale is normal, so any efforts you can make to control what is nearest and dearest to you (Taurus) will help.

Mercury in Taurus trine (support with) Pluto in Capricorn

On May 8th Mercury will start to form a trine with Pluto, creating some more stable thinking about the current upheaval.  Trine energy involving Mercury helps the mind accept the energy from the other point.  Mercury in Taurus is unusually stable and practical, very much energy of “it is what it is”.  The mind has the opportunity to grasp the new normal beginning to take shape.

Mercury in Taurus trine (support with) Jupiter and Pluto in Capricorn

On the next day, May 9th, Mercury will also trine Jupiter, which is still merged with Pluto.  The mind must address practical matters with an “eye towards” needs over and above all other thoughts.  There is no “luxury” thinking during this transit unless there is significant excess, which is not the case for the vast majority of people.  Everyone will see clearly (the trine) the distribution of wealth (Jupiter in Capricorn) and know where they fall on the scale.

Mercury in Taurus square (conflict with) Mars in Scorpio

On the next day, May 10th, Mercury will begin to square Mars.  The road to the new normal and changed views will be rocky in this still developing phase of the crisis.  There is not likely to be any kind of sudden “snap back” into the pre-virus world of 2019.  The idealism of desire (Mars in Aquarius) squares off with the practical realization of a new world view (Mercury in Taurus).

Mercury in Taurus/Gemini trine (support with) Saturn in Aquarius

Sun in Taurus trine (support with) Pluto (first) and Jupiter (next)

On the next day, May 12th and 13th the Sun will follow Mercury’s path and illuminate the real work of Pluto and Jupiter, which is an ongoing upheaval in large systems causing Jupiter to contract rather than expand.  Jupiter contracts not because it is in Capricorn, but because whatever was done leading up to the transit either reflected good or bad decisions.  If wise decisions were made, Jupiter could hold steady or even expand under Capricorn, but if poor decisions were made the contraction could and would be severe.

Venus in Gemini square (conflict with) Neptune in Pisces

This square remains intact thanks to Venus going retrograde, so the pressure and strain between relating and spirituality continue to reveal a break down in illusionary ideas about all our relationships.  We are looking for answers from others and finding that most are just as confused as we may feel.  There remains a lot of emotional turmoil even if Mercury and the Sun do their work to make the reality of the crisis easier to understand (if not deal with).

Sun in Taurus/Gemini square (trine with) Saturn in Aquarius

On May 18th, the Sun will begin to trine Saturn, but they will be out of element by sign, so not a natural trine, but rather one by orb of influence.  On May 20th, the Sun will enter Gemini and the trine will feel more aligned and helpful.  More light (Sun) shining on a new reality (Saturn in Aquarius).

Mercury in Gemini merges with Venus and squares (conflict with) Neptune

Relationships, especially our relationship with our “belief systems” (Neptune), will continue to suffer dissonance and frustration, but now, with Mercury present, we will be better able to voice our thoughts and concerns.  We will not just be trying to think about (Gemini) how we are forced to change how we relate (Venus), we will further work on redefining (Mercury) what it means to be in this “square” energy.

The Mercury and Sun transits that started earlier in the month continue until May 23.

Sun in Gemini square (conflict with) Mars in Pisces

On May 24th, the Sun will form a square with Mars in Pisces, which is headed towards a conjunction with Neptune.  Mars in Pisces represents intense feelings (Mars) globally shared (Neptune).  The Sun will shine its light on these feelings and frustration will arise.  This energy will remain in effect until the end of May and go into June.